The game XenoShyft is already released on Mac and PC in the USA and UK. In XenoShyft: Onslaught, players take on the role of a Commander in the NorTec Corporation. You're tasked with defending the NorTec base as wave after wave of horrific aliens attempt to destroy it and end NorTec's strip mining operation in this beautifully illustrated, base defense, deck-building game. XenoShyft is a game for 1 to 4 players, with each player controlling one of the divisions of the NorTec military: The Science Labs, Med Bay, Armory, Weapon's Research, Barracks and Command Center. Each of these divisions represents one part of the overall NorTec base with their own unique abilities, and it is your job as Commander of these divisions to protect the base while its field operations are completed. 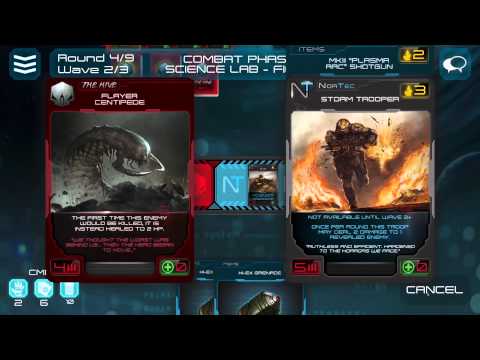