The game WitchSpring3 Re:Fine - The Story of Eirudy is already released on Switch in the USA and UK. WitchSpring3 Re:Fine - The Story of Eirudy

WitchSpring3 Re:Fine – The Story of Eirudy is a standalone game and can be enjoyed even if you haven’t played the previous parts of the WitchSpring series. It can best be described as an “attention grabbing” RPG offering what many fans of the genre would require plus a lot more. A strong storyline complemented with interesting characters ensures the player is totally immersed in a compelling adventure that is superbly supplemented with famous Japan voice actors. The player assumes the guise of a reclusive witch Eirudy, who lives with her dolls, in the Misty Forest. Outside of this safe haven witches are feared by humans. A chance meeting with an adventurous young man, called Adrian, begins a story, deciding the fate of the deities and humans of the continent Derkarr. 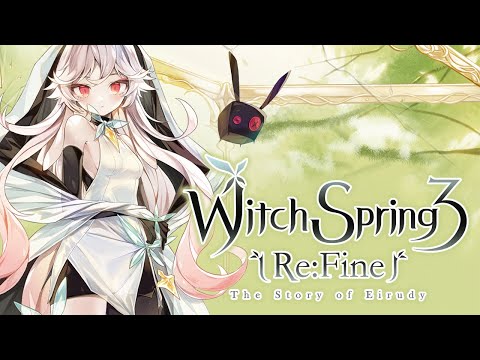