The game Weather Lord: Following the Princess Collector's Edition is already released on PC in the USA and UK. An old nemesis returns but only as a forbearer of something even more malevolent in the epic Weather Lord: Following the Princess Collector's Edition! The power to command powerful weather systems are still yours as you set off on a journey to rescue a princess from captivity, rebuild a ravaged land, and stop a relentless force from destroying the magical Kingdom of Lorraine! This special Collector's Edition of Weather Lord: Following the Princess comes with a king's ransom in awesome extras, including a thrilling bonus chapter with all-new levels, a step-by-step strategy guide, desktop wallpapers, and the ability to kick back and listen to the game's remarkable, movie-quality soundtrack. The power of the elements is in your hands! Use them to reclaim the kingdom! 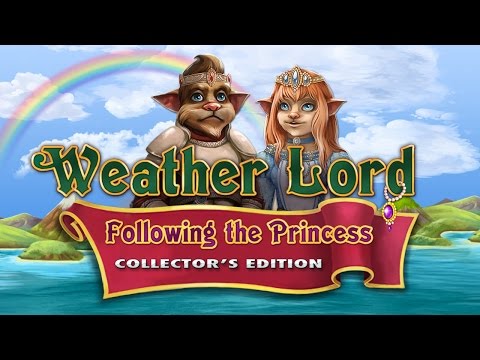