The tv series season Victor and Valentino Season 1 is already released on Cartoon in the USA. The upcoming Cartoon release date in the UK is to be announced. Cartoon Network's supernatural adventure series Victor and Valentino will debut with four episodes Saturday, March 30 at 9:30 a.m. (ET/PT). Inspired by Molano's fascination with mythology, Victor and Valentino is the latest Cartoon Network original to feature authentic storytelling and inclusive characters. While spending the summer with their Grandma Chata, the rambunctious Victor and his more cautious half-brother Valentino soon realize there's more than meets the eye in their new town. Fans will want to follow this mischievous pair as they hilariously discover other worldly beings, curious creatures from forgotten folklore and places only described in myths. 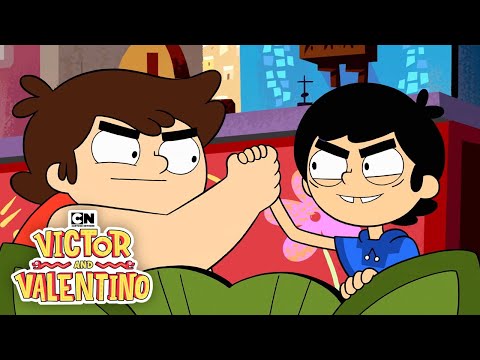