The tv series season Unikitty! Season 1 is already released on Cartoon in the USA. The upcoming Cartoon release date in the UK is to be announced. Cartoon Network is raging in the new year with the premiere of Unikitty!, a new series produced by Warner Bros. Animation, and based on the beloved character from The LEGO(R) Movie. The sparkle matter-filled debut begins Monday, Jan. 1 at 6:00 a.m. (ET/PT) and six new episodes will rotate throughout the day. Fans can also watch the episodes across the network's digital and mobile platforms including the Emmy Award-winning CN app and VOD. Following launch, a new episode will air Fridays at 6:30 p.m. (ET/PT) on Cartoon Network. 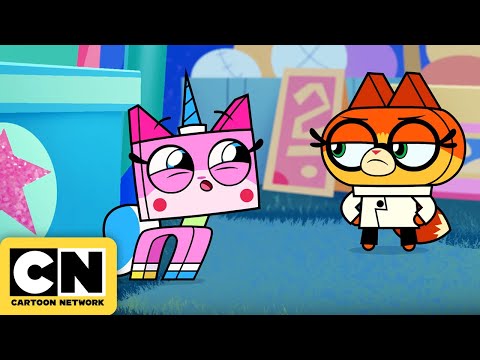