Kaunda Arata, who has the "Devil 's Factor" to collapse the world, was conducting an investigation of the ruins along with Asami Lilith, one of the Trinity Seven. The strong power that responded to Arata's power, the neighborhood was covered with dazzling light, and if noticed there was a place that is in the sky than the old, a place that governs the wisdom of the whole world: "The Sky Library." Suddenly, a man with a face similar to Arata appears with red lightning. The name is Red Kaoru "Abis Trinity." He is a demon king destroying the demon king because of the powerful power to eradicate the city in a blink, it has been sealed in the "sky library" for a long time. He reacted to Arata 's Demon Law Factor and unlocked the seal; he regained power as a demon king and was planning to return the world to nothing. 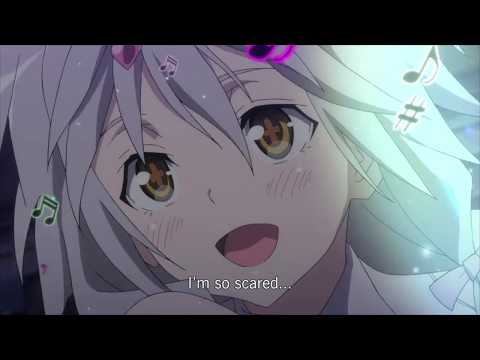