The tv series season Traveling the Stars: Action Bronson and Friends Watch Ancient Aliens Season 2 is already released on Viceland in the USA. The upcoming Viceland release date in the UK is to be announced. VICELAND celebrates the return of Action Bronson and his singularly unique show Traveling the Stars: Action Bronson & Friends Watch "Ancient Aliens" with a week-long premiere event. The second season of the hilariously meta show featuring the rapper, chef and super-fan of History's "Ancient Aliens" begins Monday, August 5 at 9:00PM with new episodes airing every night (Monday -Thursday). The network will celebrate the show's return, surrounding the premieres with encore airings from the show's first season at 8:00PM, as well as pairing premiere episodes with the actual Ancient Aliens episodes on which they're based (M-W at 10:00PM). Season Two will feature a new roster of Aliens fans including musicians Cypress Hill, Dru Hill, and Miguel; actors David Alan Grier and TV's "Urkel" Jaleel White; and others sharing the couch (and the kush) with Bronson and his cohorts who include Big Body Bes and The Alchemist. Starting Wednesday August 14, the show will air weekly at 9:00PM, leading into a double dose of Danny Brown with the new show DANNY'S HOUSE at 10:00PM and 10:30 PM. 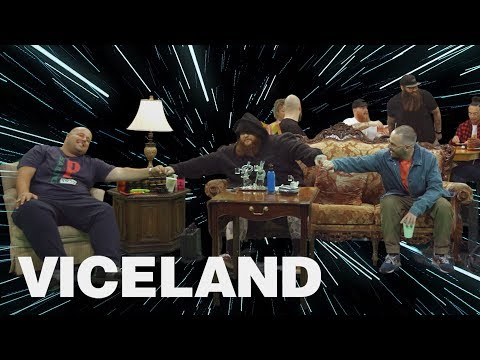