The tv series season TIME: The Kalief Browder Story Miniseries is already released on Spike in the USA. The upcoming Spike release date in the UK is to be announced. TIME: The Kalief Browder Story is a documentary series chronicling the life of a 16 year-old student from the Bronx who spent three years on Rikers Island without ever being convicted of a crime. Kalief Browder was walking home from a party when he was arrested for allegedly stealing a backpack. He spent an unconscionable three years in jail awaiting trial--two of which were spent in solitary confinement. Charges were ultimately dropped, and Browder took his own life shortly after being released. Browder's tragic story has galvanized activists and reformers alike in the name of justice. The documentary series will feature first-person accounts, archival footage, and cinematic recreations of key scenes from Browder's life, as well as exclusive interviews from a wide range of those connected to the story, from politicians to close friends and family members to social reformers. 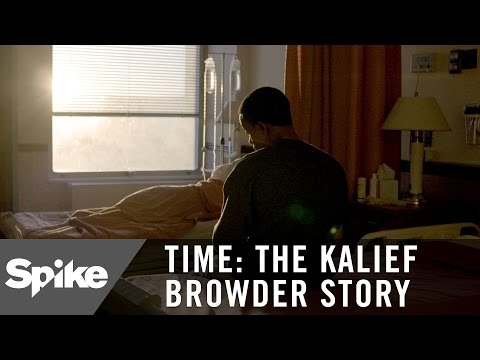