The game Thirty Years' War is already released on PC in the USA and UK. Thirty Years War is a new game designed by developer HQ covering one of the darkest ages of European history. The Thirty Years War is the series of conflicts between Catholics and Protestants in the Holy Roman Empire and its surroundings, between 1618 and 1648. In this strategy game, players will take control of one of the opposing sides, Protestants or Catholics, and fight for the control of the Empire. From the Bohemian rebellion to the Swedish intervention led by Gustavus Adolphus, from Denmark to the Palatinate, you can now recreate the Campaigns of Lützen, Nördlingen and Rocroi. In Thirty Years War you will coordinate the movements of several armies, take care of their supplies and fatigue and seek for the best conditions to engage in combat, undertake sieges or retreat to recover if needed; with the ultimate goal of gaining supremacy over Central Europe, Together, these features, combined with the proven Ageod engine, make Thirty Years War a great choice to delight both players interested in this era and novice alike. 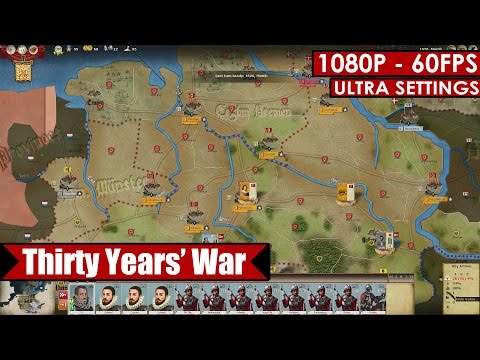