The Wolf Among Us - Episode 5: Cry Wolf Release Date

The game The Wolf Among Us - Episode 5: Cry Wolf is already released on PC, PlayStation 3 and Xbox 360 in the USA and UK. The Wolf Among Us - Episode 5: Cry Wolf

The Wolf Among Us is a point-and-click adventure game, where the player, in control of the protagonist Bigby Wolf, can move about the environment and examine and interact with other characters or objects. It is similar to Telltale's previous game, The Walking Dead, in that the player may make choices in their actions or through conversation trees that will influence future events in the story, including events in future episodes. These include major decisions, such as deciding which of two culprits to chase after while allowing the other to go free. Like The Walking Dead, these choices are recorded by Telltale, and general statistics on the major choices are presented to the player after completing each episode to allow them to compare their take on the story to others. Telltale has worked to make some of these choices affect parallel events within the narrative, such as choosing which of two people to help first, and later learning from the second one that their help could have been used before. 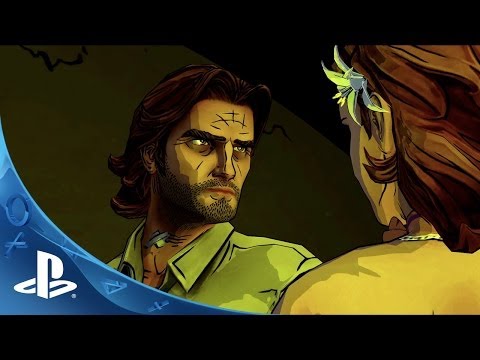 The Wolf Among Us Season 2 Announced For 2018 The Wolf Among Us - Season 2 Rumour, Possible SDCC 2017 Reveal