A Republican president takes office at the height of his Hollywood-powered, camera-ready fame. He governs with lenses constantly flashing, and claims that he's just the public face in front of real policy-makers and dangerous global threats. That's the story of America's 40th president, Ronald Reagan. The movie star, known for playing cowboys and gun-toting heroes, took over the White House in 1981 and led the United States against Soviet Union leader Mikhail Gorbachev's threats of war. Amidst the actual governing, though, Reagan's presidency set a new standard for video documentation. Cameras followed Reagan's every move, leading opposing pundits to accuse him of "majoring in public relations" more so than hardline presidential affairs. Comprised entirely of archival footage taken during those pre-reality-television years, The Reagan Show is a highly entertaining and informative look at how Ronald Reagan redefined the look and feel of what it means to be the POTUS. 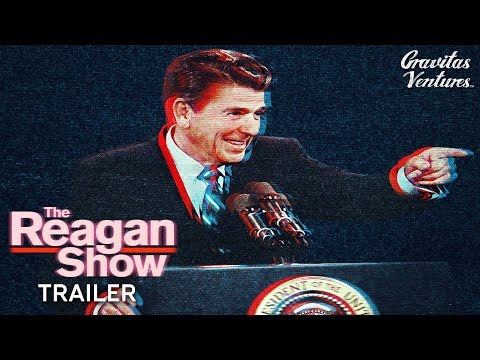