The tv series season The President Show Season 1 is already released on Comedy Central in the USA. The upcoming Comedy Central release date in the UK is to be announced. The losers dominating late-night are in for a rude awakening when the smartest, handsomest, most winning-est president of all time enters the fray to address the nation. The President Show brings television back to the people – by putting a plutocratic billionaire behind the desk. 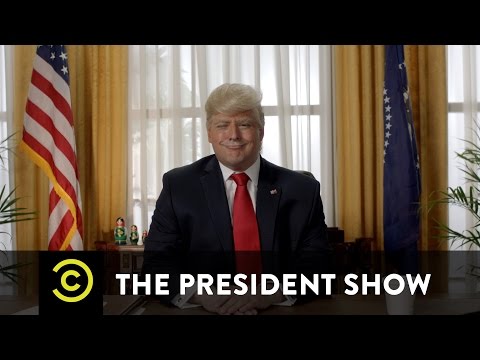