The tv series season The Dangerous Book for Boys Season 1 is already released on Amazon in the USA and UK. The Dangerous Book for Boys Season 1

The series follows the McKenna family, as they cope with the untimely passing of Patrick (Chris Diamantopoulos, Good Girls Revolt), their patriarch and a whimsical inventor who touched the lives of everyone who knew him. His death has left the family reeling, but hope appears in the form of a book called The Dangerous Book for Boys that Patrick created as a handbook to help his three sons. The book is a how-to guide for childhood that inspires fantasies for his youngest son, Wyatt (Gabriel Bateman, Lights Out). While in his fantasy world, Wyatt reconnects with his father and learns life skills that help him navigate the real world. The series also stars Erinn Hayes (Childrens Hospital) as Beth, the matriarch of the family who is trying to raise her boys as a single parent. 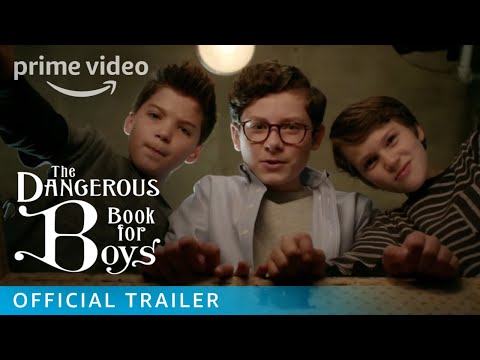