The tv series season The American Farm Season 1 is already released on History in the USA. The upcoming History release date in the UK is to be announced. HISTORY will premiere the docu-series "The American Farm" from BoBCat, the multi-platform production company founded by Thom Beers, Jeff Conroy and Sarah Bernard, on Thursday, April 4 at 10pm ET. The eight-part series is an honest tale of risk, reward, hard work, and innovation, centered on the lives of five family farms across America - the Boyd, Griggs, Meyers, Robertson and Sunderland farms. America's farmers are heroes who gamble every last dollar on their own two hands, who wage war every day against an unrelenting assault from Mother Nature and who toil on dangerous machines for backbreaking 20+ hour shifts. Shot on location across the country, "The American Farm" is an authentic portrait of the fight to go from seed to stalk, and from farm to fork. The HISTORY series presents an up-close look at one full year of family farming, told through an unprecedented year on the ground, capturing breathtaking visuals, private moments and personal interviews. 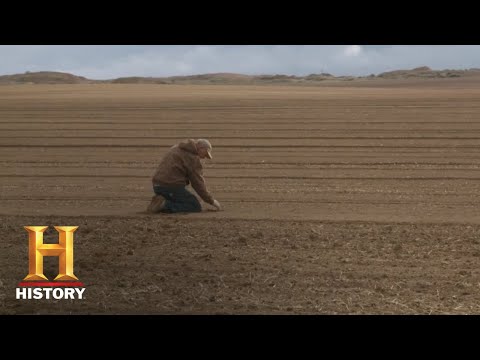