The game Tales of Xillia 2 is already released on PlayStation 3 in the USA and UK.

One year after the climatic events of Tales of Xillia in which the two worlds, Rieze Maxia and Elympios, were united by the destruction of the barrier that separated the two worlds. Elympios is a modern nation with a high level of technological advancement gained through the use of spyrix, whereas Rieze Maxia is a previously isolated land which relies on spirit artes and nature. While both worlds work towards peace together, there are still numerous clashes due to cultural differences and it will be some time before true peace is achieved. Jude, Milla and the cast of the original Tales of Xillia from Rieze Maxia now strive to live their lives and fight for peace in this newly reunited world. Tales of Xillia 2 centers around Ludger Kresnik, a young man and a skilled chef who lives in Trigleph city in Elympios with his brother Julius and their cat Rollo. He strives to follow in his brother's footsteps and work as an agent in the prestigious Spirius Corporation, a large scale and illustrious company that develops technology for every field imaginable. 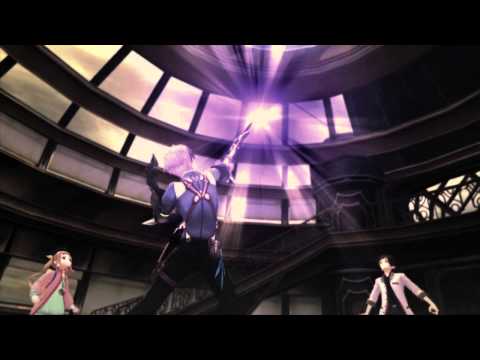