Calendar
˅
Most Anticipated
˅
MyCalendar
Region
Change your region
Wii U 6 Years Ago May 21, 2015

The game Swords & Soldiers II is already released on Wii U in the USA and UK. Swords & Soldiers II is the sequel to the award winning WiiWare game Swords & Soldiers, released in 2009 by Ronimo Games. Like its predecessor, the game is a side scrolling strategy game. The Vikings make their return from the original game, once again led by their ever-hungry chieftain Redbeard. But this time, they face two new enemy factions, the brutal and manaical Demons, and another as-of-yet unannounced faction. Joined by likely and unlikely allies, it's up to Redbeard to root out these new threats and restore peace to the lands. 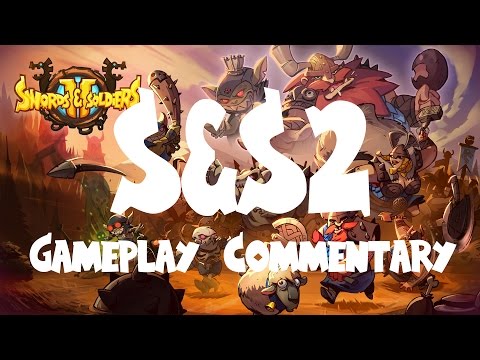