The game Ruckus Ridge VR Party is already released on PC in the USA and UK. Ruckus Ridge is the first local-multiplayer mini-game tournament built for Oculus Rift and HTC Vive that pits 1 VR player against up to 3 friends in simultaneous combat. Duking it out in a series of 1 vs. 3 and Free for All mini-games, players take turns in the VR headset while the others use regular controllers to play. Players score points by winning minigames and the player with the most points at the end of the tournament takes the victory! Don’t have extra controllers? No problem! Download our free gamepad app and play, no strings attached! Inspired by classic local-multiplayer games like “Mario Party,” “Fuzion Frenzy,” and “Hidden in Plain Sight,” Ruckus Ridge comes loaded with enough tension-filled mini-game action to put callouses on those delicate baby hands of yours. 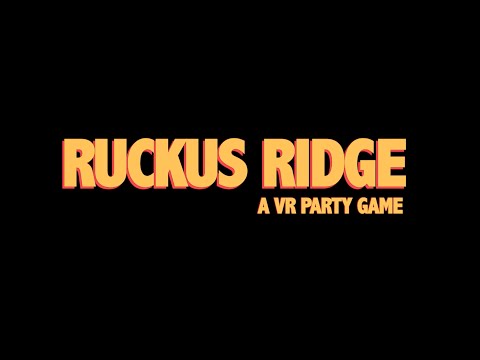