The tv series season Rat in the Kitchen Season 1 is already released on TBS in the USA. The upcoming TBS release date in the UK is to be announced. Rat in the Kitchen Season 1

"Rat in the Kitchen" combines culinary craziness with subterfuge. Featuring the charismatic duo, host and comedian Natasha Leggero and celebrity chef judge, Ludo Lefebvre, "Rat in the Kitchen" is far more than a traditional cooking show - it's a game of high stakes cat and mouse where viewers get to play detective. In each episode, a mix of professional chefs and passionate home cooks compete in a series of creative cooking challenges, earning cash in their bank for every dish that impresses Chef Ludo. But they'll have to avert the meddling of an undercover mole (the "rat") determined to sabotage the dishes and undermine their chances at victory. The stakes: if the rat avoids detection, he/she wins big money. But, if found out, the rat will have to hunt for cheddar elsewhere. 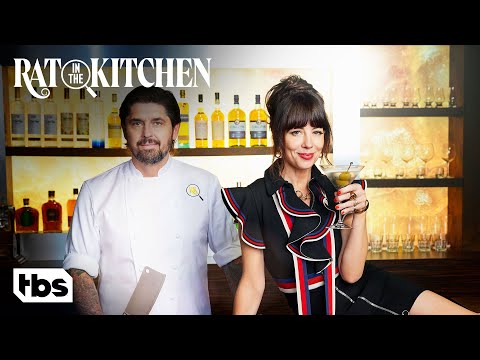