Planet Earth: A Celebration highlights eight of the most extraordinary sequences from BBC AMERICA's impactful and Emmy-winning Planet Earth II and Blue Planet II and features new narration from Sir David Attenborough. To accompany these sequences, award-winning composer Hans Zimmer, Jacob Shea and the team at Bleeding Fingers have created new compositions, and have rearranged the original scores for this exciting, joyful and adrenaline-packed journey around the world to some of the most extreme environments, where despite the odds animals manage to survive. The string section of the score is performed by the BBC Concert Orchestra, accompanied by Brit and Mercury Award-winning UK rapper, Dave, who performs on the grand piano. Both the orchestra and Dave were filmed for the program in the Lyndhurst Hall at Air Studios, London. 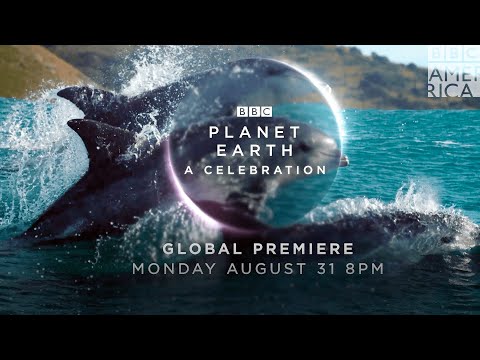