On Tour with Asperger's Are Us Season 1 HBO Release Date

The tv series season On Tour with Asperger's Are Us Season 1 is already released on HBO in the USA. The upcoming HBO release date in the UK is to be announced. On Tour with Asperger's Are Us Season 1

Since 2010, the sketch-comedy troupe Asperger's Are Us has performed more than 100 shows in nine countries. Now, they're hitting the road for their first cross-country tour, crammed into a relic of an RV that's on the verge of collapse. From executive producers Mark and Jay Duplass (HBO's "Room 104"), ON TOUR WITH ASPERGER'S ARE US follows the team of four on a six-week trip that will test their understanding of friendship, comedy and carburetors. The six-part documentary series debuts with two half-hour episodes back-to-back TUESDAY, APRIL 30 (8:00-9:00 p.m. ET/PT), followed by two more episodes on both of the next two days, WEDNESDAY, MAY 1 and THURSDAY, MAY 2 at the same time. The show will also be available on HBO NOW, HBO GO, HBO On Demand and partners' streaming platforms. 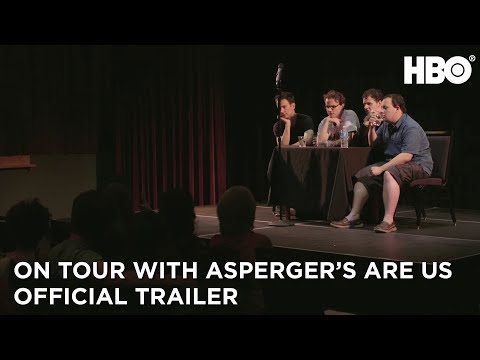