The tv series season OK K.O.! Let's Be Heroes Season 1 is already released on Cartoon in the USA. The upcoming Cartoon release date in the UK is to be announced. Cartoon Network Sets "OK K.O.! Let's Be Heroes" for an Epic One-Hour Series Premiere Tuesday, Aug. 1 at 6:30 p.m. (ET/PT) Cartoon Network powers up a world of original heroes across the TV and gaming landscape together with the greenlight of this action-packed comedy followed by the console and PC game jointly developed with indie video game studio Capybara games. The knockout series is inspired by creator Ian Jones-Quartey's childhood and follows the heroic feats of K.O., an endlessly optimistic boy attempting to level up to be the best he can be in a dynamic universe of heroes, friends and challenging foes. 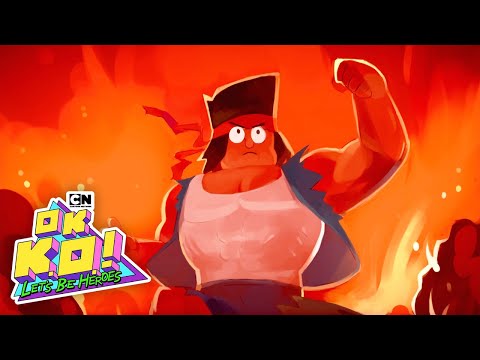