The game Nitroplus Blasterz: Heroines Infinite Duel is already released on PlayStation 3 and PlayStation 4 in the USA and UK. Nitroplus Blasterz: Heroines Infinite Duel, already an arcade favourite and eagerly anticipated by fighting game fans, features a host of heroines from Nitroplus’ expansive and prolific character catalogue. Players select a main character – including SUPER SONICO, who will be playable for the first time in this console release – along with two partner characters from an array of Nitroplus-related products. Between the easy-to-execute combos, cinematic cut-ins on “Lethal Blaze” attacks that run the gamut from awe-inspiring to adorable, and assist mechanics that allow for up to six onscreen characters at a time, the development team at EXAMU – best known for their work on the popular Arcana Heart series – ensures that combat stays fast and flashy. 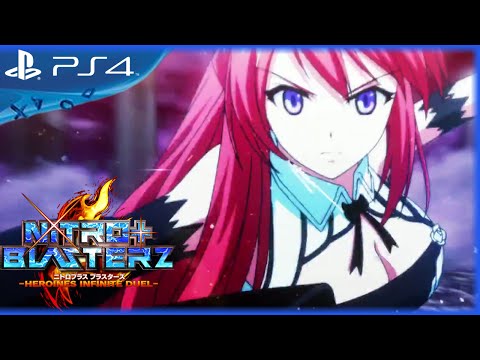