Nightmares from the Deep 2: The Siren's Call Release Date

The game Nightmares from the Deep 2: The Siren's Call is already released on Android, iOS, PC, PlayStation 4, Switch and Xbox one in the USA and UK. Nightmares from the Deep 2: The Siren's Call

When Sarah Black, curator at the Caribbean Naval Museum, receives a mysterious package, she is unwittingly drawn into an ancient conflict. As she begins to remove an artifact from the package, assailants instantly descend on the museum and snatch it. In disbelief, Sarah realizes that yet again she is falling headfirst into a nightmare from the deep! Soon she finds herself on the shores of Kingsmouth, a forgotten fishing village with an incredible secret. A would-be messenger reveals the sad truth: he and the town's other denizens are gradually turning into ghoulish, mutated ocean creatures. And this curse was cast by none other than Mayor Murray and the old sea-devil himself, Davy Jones! Answer the siren's call to save this beleaguered village and defeat Davy Jones, Mayor Murray and his pet sea monster, the Kraken! 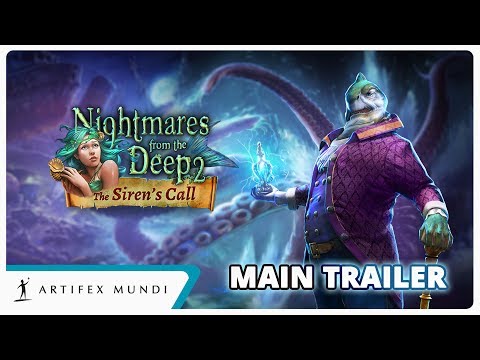