The tv series season Mysticons Season 1 is already released on Nickelodeon in the USA. The upcoming Nickelodeon release date in the UK is to be announced. Mysticons, picked up for 40 episodes, is a half-hour, animated action series about four girls who transform into legendary warriors and band together to save their realm from an evil queen, Necrafa. Mysticons is licensed by Nelvana. 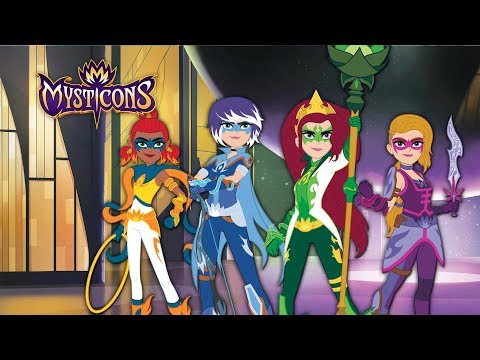