The game Mustache in Hell is already released on PC in the USA and UK. Mustache in Hell is a retro style comic game with sharp dificulty and high doses of fun that alternates between pure action moments of epic adrenaline battles against surprising creatures and bosses,moments of exploitation in search of hidden items, little quests and puzzles solving. John Mustache, a tough-officer that after some disquieting dreams finds himself awake in a strange place and needs to make an unexpected deal with the Grim Reaper to regain control of his life. The deal consists in retrieving cubes of power that, due to some particular reason, are in the underworld and are kept by mithological creatures as demons, golens, gorgons, giant spiders, sea monsters and other. In order to defeat those creatures John counts on his earthly ammunition as pistols, shotguns, SMG, flamethrowers, granades and others beyond his combat skills. 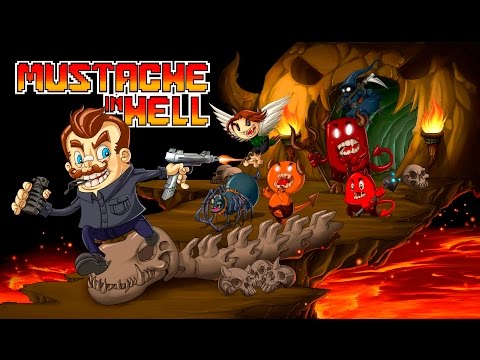