Mama June: From Not to Hot Season 2 (Part 2) Release Date

The tv series season Mama June: From Not to Hot Season 2 (Part 2) is already released on WE tv in the USA. The upcoming WE tv release date in the UK is to be announced. Mama June is headed back to the pageant circuit on the season two return of "Mama June: From Not to Hot," premiering Friday, June 15 at 9:00pm ET/PT on WE tv. This time, Mama has her eyes on an even bigger prize than the crown... a double wedding! Shunned by the traditional pageant world, Mama June and her daughter Alana decide to create their own charity event-- a Mother-Daughter Pageant! But as Alana makes the ultimate Honey Boo Boo comeback, she has to compete against her old pageant rivals and make some hard choices. June faces criticism when she gains weight back, unaware that her rival Jennifer is going through her own 'Not to Hot' transformation and may soon upstage her. The arrival of Baby Ella complicates Pumpkin and Josh's relationship. But a tearful, couch-potato proposal from Josh leads Pumpkin to say YES, prompting June to want a Mother-Daughter Wedding too! But will Geno say yes if June pops the question? 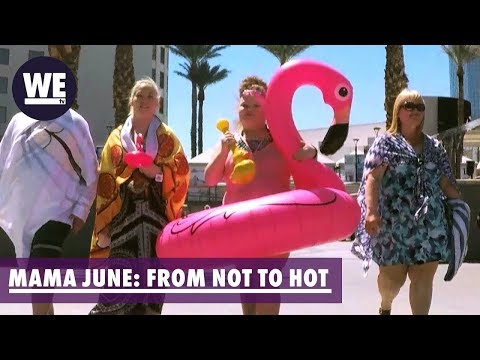