The game Lumines Remastered is already released on PC, PlayStation 4, Switch and Xbox One in the USA. Lumines Remastered is an HD remake of the original Lumines (pronounced “lou-min-es”) that debuted in 2004 as a PlayStation Portable (PSP) launch title. Earning high praise and awards, it remained the top-rated title on the platform for four years and continued on to establish an action-puzzle series loved by millions of players. This is the franchise’s debut on a Nintendo console. Developed by Japanese studio Resonair, Lumines Remastered brings minimalism to the puzzle genre where the fusion of light and sound sets the stage for a two-color falling block experience playable on-the-go on Nintendo Switch or at home in 4K on PC and consoles. Groove to electronic jams while strategically dropping blocks before the BPM bar sweeps combos clean after each measure. It’s a stylish game perfect to play anywhere or at anytime. 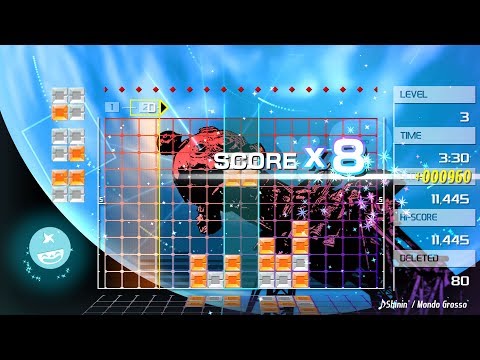