The game Lock’s Quest is already released on PC, PlayStation 4 and Xbox One in the USA and UK. The remastered version of the original Lock’s Quest for Nintendo DS. This version stays faithful to the original game's visuals and core gameplay but revamps the UI, updates the controls, remasters the game's music and adds an RPG progression to the story. It's a real-time strategy with tower defence where a young boy, Lock, stumbles upon plans to invade his Village by Lord Agony. A wider war is triggered between Kingdom Force and the revived Clockwork Army. You must plan, build and fight alongside your defences to thwart the invasion. 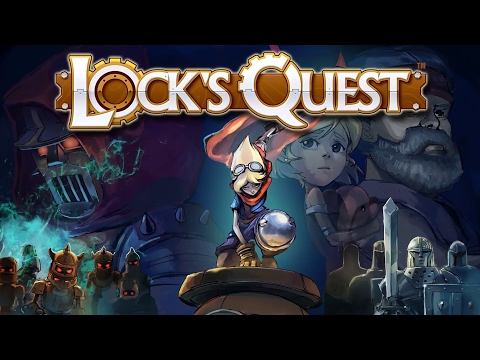