The tv series season Lazor Wulf Season 1 is already released on Adult Swim in the USA. The upcoming Adult Swim release date in the UK is to be announced. Adult Swim's animated comedy series, Lazor Wulf, premieres on Sunday, April 7th at Midnight ET/PT. This quarter-hour series is about finding the inner strength to buy your own cereal, not dying, and the art of the scam. The colorful series follows a wolf who carries a laser on his back and the adventures he and his pack of carefree friends face while hanging out at their neighborhood joints like The Clurb and Esther's. 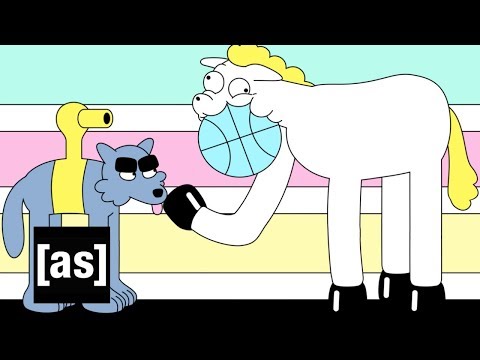