The tv series season Just Roll With It Season 1 is already released on Disney in the USA. The upcoming Disney release date in the UK is to be announced. Just Roll With It Season 1

Breaking through the pack, the ambitious new series "Just Roll With It" blends improvisational comedy with a family sitcom to seize an audacious opportunity that allows the studio audience to vote on the direction of key scenes, throughout the filming, while the actors are backstage. When the actors return to the stage, they have no idea what's coming at them. A feat of planning and physical production each episode, the comedy series was created and is executive produced by Adam Small and Trevor Moore (Disney's "Walk the Prank") with a production crew led by Skot Bright (Disney's "Walk the Prank"). "Just Roll With It" will be previewed FRIDAY, JUNE 14 (9:45-10:15 p.m. EDT/PDT), before its official premiere WEDNESDAY, JUNE 19 (8:00-8:30 p.m. EDT/PDT), on Disney Channel and DisneyNOW. 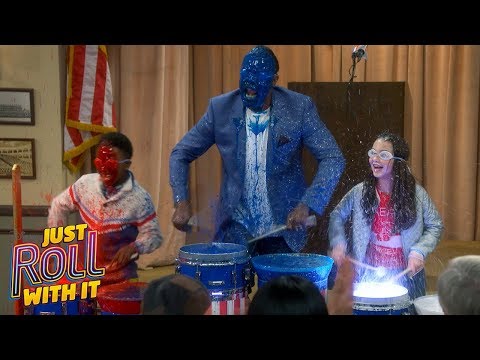