The tv series season Julie's Greenroom Season 1 is already released on Netflix in the USA and UK. Award-winning actress Julie Andrews will star in Julie's Greenroom, a new preschool show from The Jim Henson Company that features an all-new puppet cast of kids learning about the performing arts. The series will be available exclusively to Netflix members globally in early 2017. Andrews, who created the series with her daughter Emma Walton Hamilton and Judy Rothman-Rofe, will executive produce and star as Ms. Julie - the director of the Wellspring Center for the Performing Arts in which she teaches performing arts workshops in the theatre and its "Greenroom." 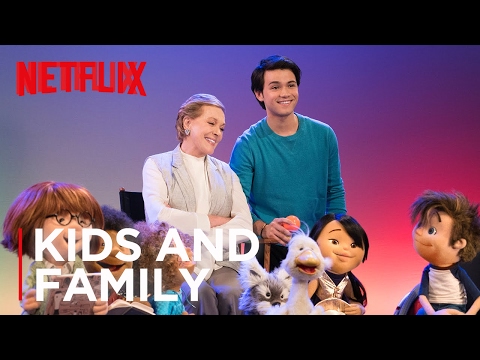