The game Ion Driver is already released on PlayStation 4 in the USA and UK. Ion Driver is a futuristic racing game of breakneck speed, dangerous twisting tracks, and complex controls. Every ship possesses different attributes (speed, weight, vitality, magnetism, etc.) that impact their performance, as well as the game’s mechanics depending on the track. Players will have to test their skills and concentration, as just a simple mistake will end their hopes on the track. Players will experience a tribute to classic arcade racing games with a futuristic twist, such as classics as WipeOut. Some of its new mechanics include triggers that allow the player to strafe laterally without turning, as well as drifting when pressing both at the same time or an enhanced magnetism that will allow drivers to keep their ships close to the track when they lose grip due to fast speeds. Ships have health, meaning that crashing or being attacked by other players may end your participation in the race… unless you are able to recover your health by driving over special regeneration zones. 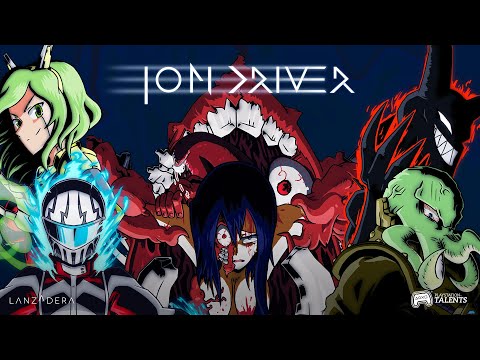