In the Cut Season 5 Release Date

The tv series season In the Cut Season 5 is already released on Bounce in the USA. The upcoming Bounce release date in the UK is to be announced. In the Cut Season 5

Bounce will premiere the fifth season of its hit original comedy series In The Cut on Monday, July 15 with two new episodes back-to-back starting at 9:00 p.m. (ET). New episodes will premiere every Monday night at the same time throughout the summer and into the fall. In The Cut stars Dorien Wilson (The Parkers, Dream On) as Jay Weaver, an accomplished entrepreneur and barbershop owner who is kept on his toes by Cheryl, played by Kellita Smith (The Bernie Mac Show, The First Family), the co-owner of the beauty salon next door and his love interest-turned-fiancée. Ken Lawson (The Parkers) returns as Jay's thirty-something illegitimate son from a short-lived fling now in on the family business, as does John Marshall Jones (The Smart Guy) as fellow barber and pal Smitty and Dorion Renaud is back as well. Among this season's storylines: Newlywed life, dealing with in-laws, dating mishaps, hilarious barbershop/beauty shop antics and more. Guest stars include Angie Stone, Stevie J, Tiny Lister Jr., Alex Thomas, Judge Kevin Ross, Porsche Coleman and more. 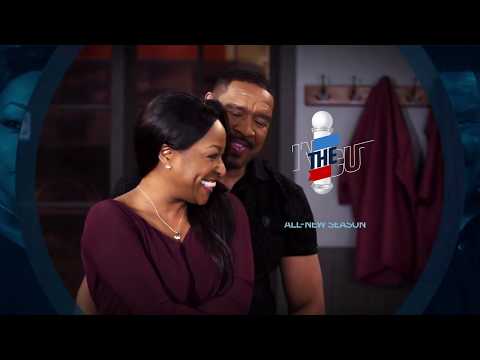