I Love You, Now Die: The Commonwealth Vs. Michelle Carter Release Date

The movie I Love You, Now Die: The Commonwealth Vs. Michelle Carter is already released on HBO in the USA. The upcoming HBO release date in the UK is to be announced. I Love You, Now Die: The Commonwealth Vs. Michelle Carter

In 2012, teens Michelle Carter and Conrad Roy fell in love. They lived hours apart and met in person no more than five times, but exchanged thousands of texts over a two-year period. After Roy was found dead in his car in July 2014, what appeared to be a standard case of suicide by carbon-monoxide intoxication took a shocking turn when investigators discovered alarming text messages on his phone. Carter, 17 at the time, had urged Roy to kill himself, even after he had second thoughts and removed himself from his car. I LOVE YOU, NOW DIE explores the complicated relationship between Carter and Roy, drawing on some of the thousands of texts they exchanged over two years to chronicle their courtship and its tragic consequences. Featuring unprecedented access to the families, friends and communities that were forever changed by this unusual case, the documentary explores the changing nature of the justice system today, following a story that has wider implications for society at large, both online and in real life. The film presents a well-rounded look at a bizarre tale that was a deadly convergence of mental illness, loneliness, pop culture and technology. 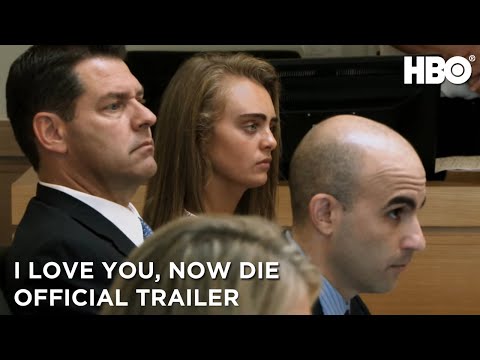