The game Guacamelee! Super Turbo Championship Edition is already released on PC, PlayStation 4, Wii U, Xbox 360, Xbox One and Switch in the USA and UK. In Guacamelee!, players control Juan as he fights his way across various enemies and obstacles in order to rescue El Presidente's daughter. Juan can attack enemies using basic attacks and can perform various grapple attacks when they are stunned, dealing more damage or throwing them towards other enemies. Defeating enemies yields coins that can be spent at certain locations to unlock new grapple attacks or increase the player's health and stamina gauges. As the player progresses through the game, Juan breaks various "Choozo statues" which grant him new abilities. These range from offensive moves, such as an uppercut, headbutt, and dashing punch, or abilities that increase Juan's mobility, such as double jumping, wall jumping, and the ability to turn into a chicken. Juan also gains the abilities to transport between the land of the living and the land of the dead, required for solving puzzles or fighting enemies that can only be attacked in a certain world. Players can use these moves to access previously unreachable areas to find secrets, or break through barriers shielding enemies. 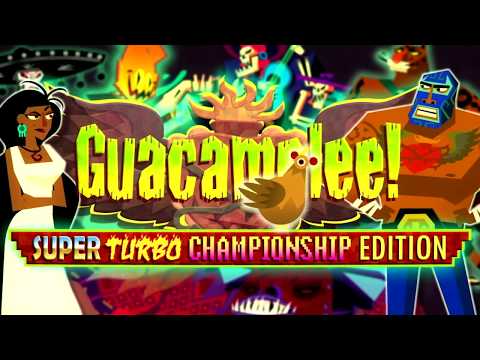 Free Games In May: Xbox LIVE Gold and Playstation Plus!