The tv series season Game On! Season 1 is already released on CBS in the USA. The upcoming CBS release date in the UK is to be announced. GAME ON!, hosted by Emmy and Peabody Award-winning actor, writer and producer Keegan-Michael Key, is a series that celebrates the entertainment of sports, based on "A League of Their Own," the BAFTA-winning U.K. series. The show pits two teams of three, captained by tennis champion and entrepreneur Venus Williams and Super Bowl champion Rob Gronkowski, alongside comedians Bobby Lee and Ian Karmel and rotating sports stars, comedians and celebrities, against each other in over-the-top physical challenges, absurd trivia and epic field competitions. 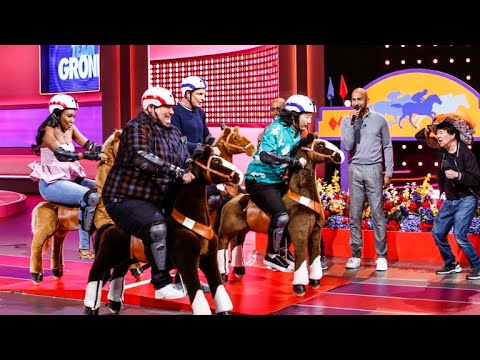