The game Fracked is already released on PlayStation 4 in the USA and UK. From the creators of Phantom: Covert Ops, Fracked is the trailblazing virtual reality action adventure that collides relentless gunfights with free running, skiing, and climbing. Stranded in a remote mountain facility, you play as a reluctant hero forced into a final stand between the planet and a legion of interdimensional enemies. Take aim and run head-first into the action as you shoot, ski, and climb your way across an extreme adventure. Uncompromised, audacious, and stylish, Fracked grabs PlayStation VR by the Moves and delivers an ass kicking virtual reality game. 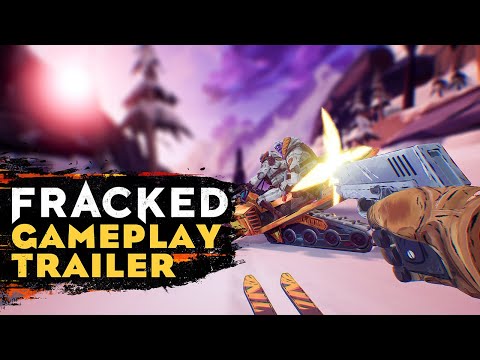