The tv series season Forged in Fire: Knife or Death Season 1 is already released on History in the USA. The upcoming History release date in the UK is to be announced. The nation's top bladesmiths, martial artists and knife experts slice, stab and chop their way through some of the most daunting obstacle courses ever seen in HISTORY's new nonfiction competition series "Forged in Fire: Knife or Death" premiering Tuesday, April 17 at 10PM ET/PT. Hosted by WWE Hall Of Famer Bill Goldberg, the six episode series features fearless competitors as they race against the clock putting their blades and blade-wielding skills through a grueling gauntlet of challenges such as slicing through flying watermelons, hacking through massive ice blocks and severing various types of ropes, tubes, metals and item-filled crates. 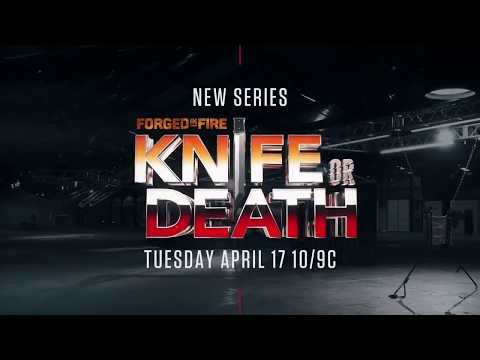