The tv series season For Ball and Country Season 1 was just released 6 days ago on Peacock in the USA. The upcoming Peacock release date in the UK is to be announced. For Ball and Country Season 1

The docuseries follows some of the greatest men's basketball players in America as they set aside their on-court rivalries and form a star-studded team to represent their country. In addition to an all-access look at the 2021 team's training camp in Las Vegas, the series looks back into the USA Basketball video vault with never-before-seen footage of this storied program. Narrated by Oscar, Grammy, and Emmy award-winning artist, actor, author, and activist Common, fans will get an inside look as the USA Basketball Men's National Team arrives for training camp, coaches meetings, and practices with players and coaches mic'ed up. Head coach Gregg Popovich, Kevin Durant, Damian Lillard, Jayson Tatum, Draymond Green, Devin Booker, Bradley Beal, and the rest of the USA Basketball team will appear in exclusive behind the scenes access and interviews as they prepare for the Olympics. 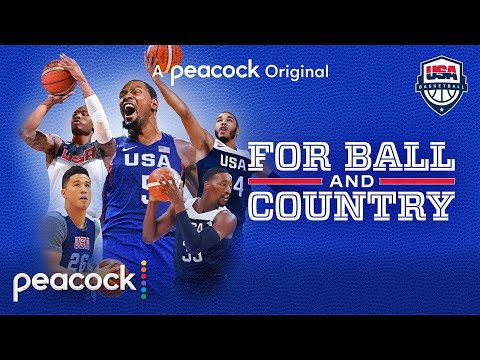