The tv series season Faking It Season 4 is already released on MTV in the USA. The upcoming MTV release date in the UK is to be announced. Faking It began as a romantic comedy about two best friends who love each other in slightly different ways. This season, each character struggles to figure out who they are and who they are not. When Amy’s new girlfriend pressures her to come out as a lesbian, Amy realizes that she’s still confused about her sexuality. She even sparks to a cute new guy at school who shares her sarcastic wit. But, ultimately, Amy must reconcile her complicated feelings for Karma—but will their friendship survive? 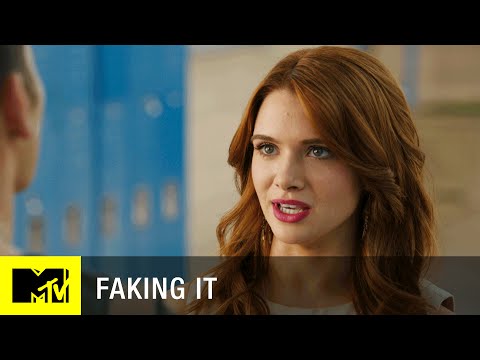