The game Doug Hates His Job is already released on Switch and Xbox One in the USA and UK. Doug Hates his Job is a Beat-Em Up game with an office mockumentary style story about a sales agent who, as the title states, hates his job! Join Doug as he tries to deal with the typical every day office pet peeves. You get to decide how Doug responds to annoying coworkers, crazy clients, and a ruthless boss. Along the way, unlock new levels with several styles of gameplay. 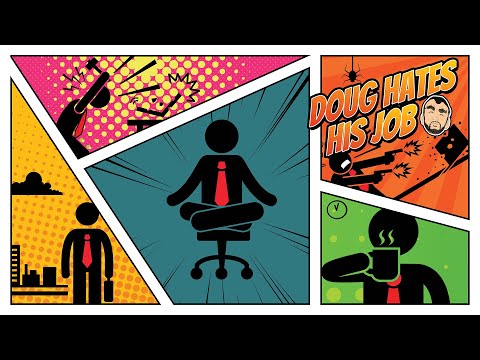