The game Disgaea 4: A Promise Revisited is already released on PlayStation Vita in the USA and UK. Combat is carried out in a turn-based strategy fashion. Allies can be deployed into combat, each with their own special skills and "Evilities", additional abilities that are applied to every character. Enemies and allies may be picked up and thrown, just like previous Disgaea games. However, Disgaea 4 adds a new feature to its grabbing system, allowing any friendly character on the field to pick up another adjacent friendly character, and continuously pick up allies, in a tower fashion. When in the tower formation, the movement range of the stacked characters increase. The bottom character of the tower can also throw the tower ahead of him/her to further increase movement distance. Special abilities may be activated while in tower formation, such as specific team attacks and the ability to obtain items normally unreachable due to a wall. 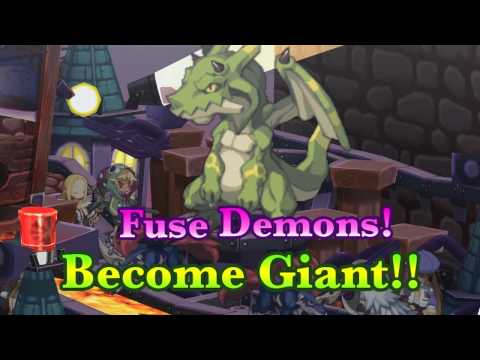