The game Crazy Strike Bowling EX is already released on PlayStation 4 and Xbox One in the USA and UK. Play as one of six characters from Aiden, the boy bowler wonder to cuddly Mr. Jenkins. Each character has a wacky special ability that will whack those pins into the atmosphere! Whether you just want to practice getting strikes or battle your friends for supremacy of the lane, Crazy Strike Bowling has something for everyone. Unlock costumes, new bowling balls and more as you play through the various modes! Want to spruce up the way your character looks? Change everything from hair color to outfit! As you gain experience, you'll have access to variety of new bowling balls that will give you better strikes! 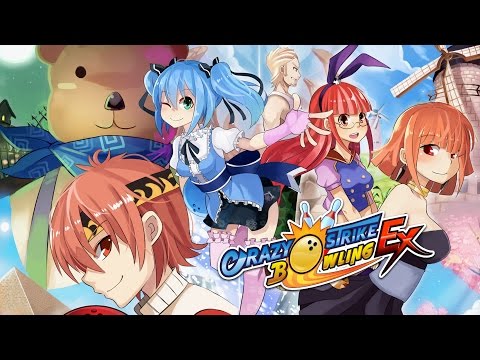