The game Cosmic Trip is already released on PC (Early Access) in the USA and UK. Cosmic Trip is all about bringing RTS gameplay into a native VR (room-scale) experience. After being deployed on an alien planet, you will build structures, harvest resources and build your army of cosmobots to defend your base and launch assaults on the enemy. Ancient alien pylons on the planet form a network of base nodes for you to capture and push back the alien enemy forces in this intergalactic tug-of-war. Feel the power as your army of bad-ass flying robots swarms around you to form an impenetrable ball of death! 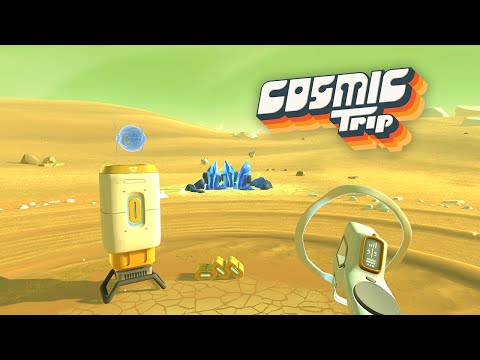