The game Commander Cool 2 is already released on PC in the USA and UK. Commander Cool 2 is a four player local coop retro-styled adventure that is destined to be one of coolest game in 2015! IT WILL BE FUN THEY SAID, PLAY CO-OP WITH FRIENDS! And they were right! You need not travel through time alone to find the scoundrel who took off with the time traveling technology! Play in local co-op with up to 4 friends as you battle everything from dinosaurs to the demented death dealers of the future! Time Travel Time travel is the order of the day for Commander Cool and yourself if you can handle the excitement! When an evil genius, err…curious janitor, gets his hands on a time travel device in a secret lab, the scientist loses his mind and calls in Commander cool to use the rickety prototype in order to hunt down the thief through three different ages from the distant past to the future! Weapons? You say… But of course! And many of them! You will be issued up to 9 crazy weapons of doom and destruction as you adventure through the dangerous eras of the stone age, the golden age of piracy to battle the scurvy pirates, and a mysterious future time. 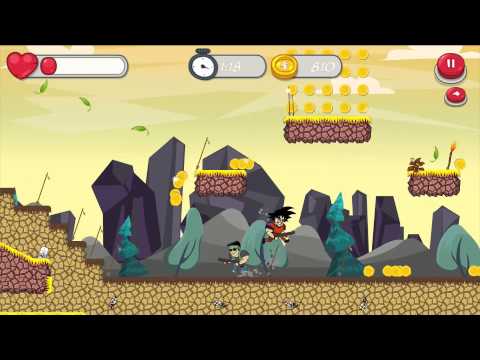