The tv series season Catch and Kill: The Podcast Tapes is already released on HBO in the USA. The upcoming HBO release date in the UK is to be announced. Catch and Kill: The Podcast Tapes

HBO's CATCH AND KILL: THE PODCAST TAPES brings to life Ronan Farrow's intimate, revealing interviews with whistleblowers, journalists, private investigators and other sources, conducted for the Pulitzer-Prize winning journalist's podcast and bestselling book "Catch and Kill: Lies, Spies and A Conspiracy to Protect Predators." The documentary series debuts with two back-to-back episodes MONDAY, JULY 12, (9:00-10:00 p.m. ET/PT), with new episodes airing back-to-back subsequent Mondays at the same time. The series will debut on HBO and be available to stream on HBO Max. The series expands on the podcast and the book, with never-before-seen footage and new insights into this culture-shaking story, enhanced by Bailey and Barbato's creative weaving of additional sound and imagery from documents, audio tapes, photos, archive footage and striking illustrations. With fresh perspectives and detail - not just on the harrowing effort to expose one powerful predator, but on the systems that help cover up terrible crimes to this day - there are revelations in this series that may surprise even those familiar with the reporting. 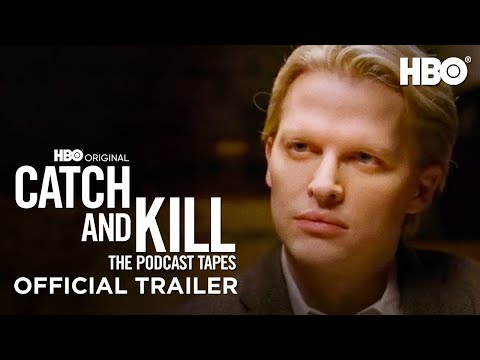