Breakers is a 2D fighting game released by Visco, on December 17, 1996, for the Neo Geo and arcades in Japan. It features a roster of eight playable characters, from all over the world, competing against each other in a fierce tournament. A sequel, Breakers Revenge, was released on July 3, 1998, with additional playable characters, balance adjustments and new gameplay elements. Breakers has gained a cult following since its original release in Japan due to its solid gameplay and unique elements. 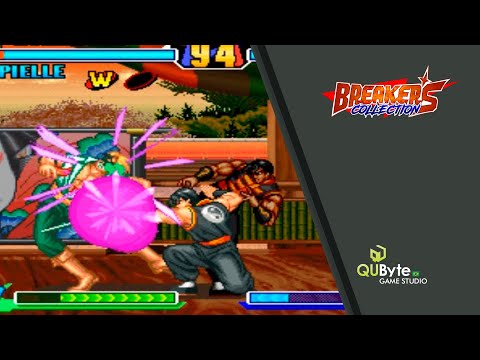