Blinded: Those Who Kill Release Date

The tv series season Blinded: Those Who Kill was just released 6 days ago on Acorn TV in the USA. The upcoming Acorn TV release date in the UK is to be announced. Blinded: Those Who Kill

The highly-anticipated follow-up to Darkness - Those Who Kill, the dark gritty Danish drama Blindness - Those Who Kill comes exclusively to AMC Networks' streaming service Acorn TV on Monday, May 10, with all eight episodes available to binge (Danish with English subtitles). The series revolves around an unsolved case in which three young men were killed within a few months. One of the victims was Alice's (Solbjørg Højfeldt) only son, 18-year-old Markus. Alice, who is an old friend of Louise's (Natalie Madueño) mother and has now been diagnosed with terminal cancer, contacts Louise and asks her to help find her son's killer before she dies. Louise, an acclaimed criminal profiler, delves into the case without hesitation and initiates an intense investigation with the police. When another young man is found killed, Louise discovers a distinct pattern in the murders, but while hunting for the killer she overlooks that he is hiding in plain sight - and that their paths may intertwine in ways she didn't think possible. 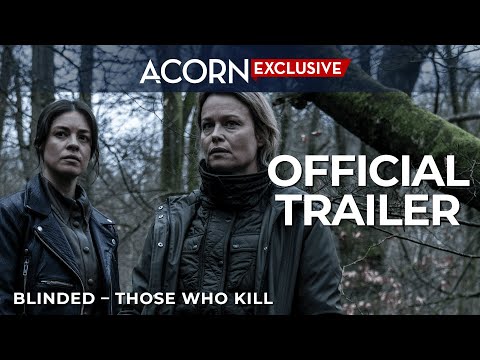