The tv series season Barbarians Rising Season 1 is already released on History in the USA and UK. "Barbarians Rising" tells the story of the rise and fall of the Roman Empire. Barbarians Rising is told from the perspective of the barbarian rebel leaders. The Roman Empire called them "barbarians" – tribes the Romans viewed beyond the fringe of civilization that lived a brutish and violent existence. However, these were also men and women who launched epic struggles that shaped the world to come. The docudrama features nine of history's greatest warriors – Hannibal, who vowed a blood oath at the age of nine; Spartacus, the slave-turned-rebel who led a barbarian revolt; Boudica, the Celtic warrior Queen; Arminius, the stolen son of Germany; Attila, scourge of the east; as well as fighting units, the Goths, a fierce people betrayed by the empire; and the Vandals, the wandering raiders who dealt Rome's final death blow. 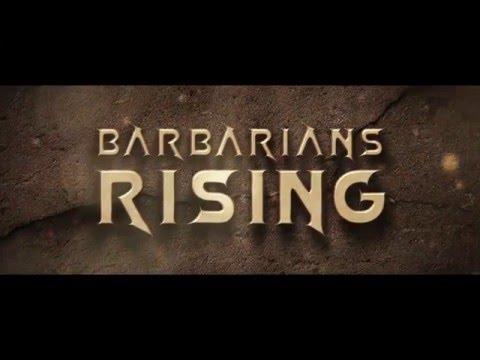