The game Attack on Titan 2: Final Battle is already released on PC, PlayStation 4, Switch and Xbox One in the USA and UK. Attack on Titan 2: Final Battle is an expansion to the 2018-released Attack on Titan 2, featuring characters and missions from season three for a new total of over 40 playable characters, original episodes to expand the story, and new weapons such as the “Thunder Spear.” The game also includes a “Wall Reclamation Mode,” in which players form their own squad to reclaim territory from the Titans, as well as an anti-personnel battle experience where players take on ODM-equipped killers in aerial battles. For players who already own Attack on Titan 2, Koei Tecmo will also release a “Final Battle Upgrade Pack” as paid downloadable content. 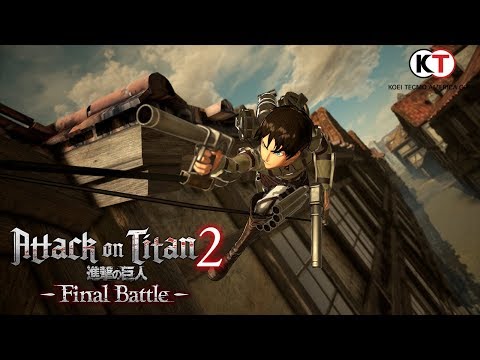